Why Choose an Infiltrator Drain field? 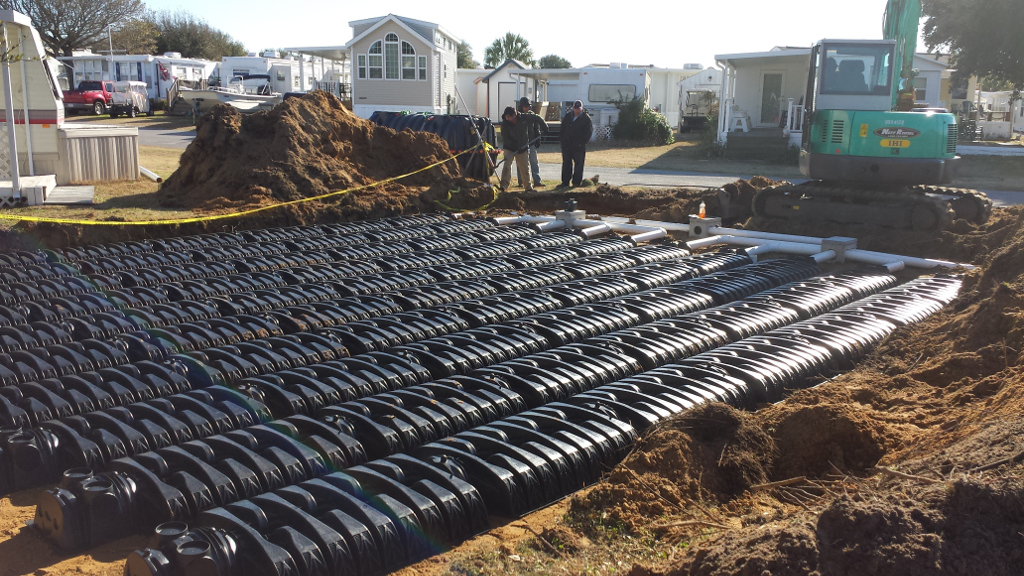 Before traveling to the drain field, wastewater enters the septic tank where it’s separated into sludge (heavy, sinking solids) and scum (floating solids such as oil and grease). Liquid waste, commonly known as effluent or grey water, can be found in between the sludge and scum layers. As new raw sewage enters the tank, the old wastewater is displaced and pushed toward the drain field. 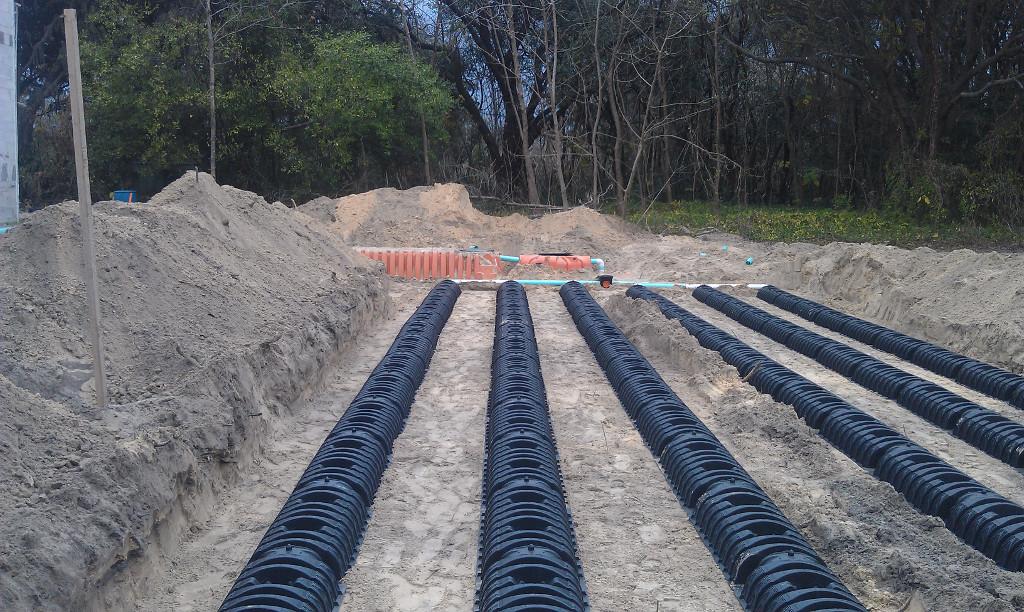 When installing a new septic system, the experts at Southern Water and Soil, Inc. will design a drain field that best fits the features of your property according to municipal and state codes. They will examine the size of your lawn, soil type, water table depth, and other topographical features to ensure quality wastewater filtration. In many cases, SWS will choose to install a plastic chamber drain field produced by Infiltrator Systems. SWS serves the entire Greater Tampa Bay area including, but not limited to, Zephyrhills, Lutz, Plant City, Brandon, Land O’ Lakes, Dade City, and Odessa.

Developed over 25 years ago, the Infiltrator plastic drain field chamber was the first of its kind with now more than 1 million systems installed in all 50 states and 13 countries.

Unlike the PVC pipe and stone traditional drain fields are constructed of, the Infiltrator System consists of several 4-foot high, half-tube chambers that are locked end-to-end and capped with a dome-shaped end plate. Effluent from the septic tank flows freely into these chambers and filters through the soil absorption area below. 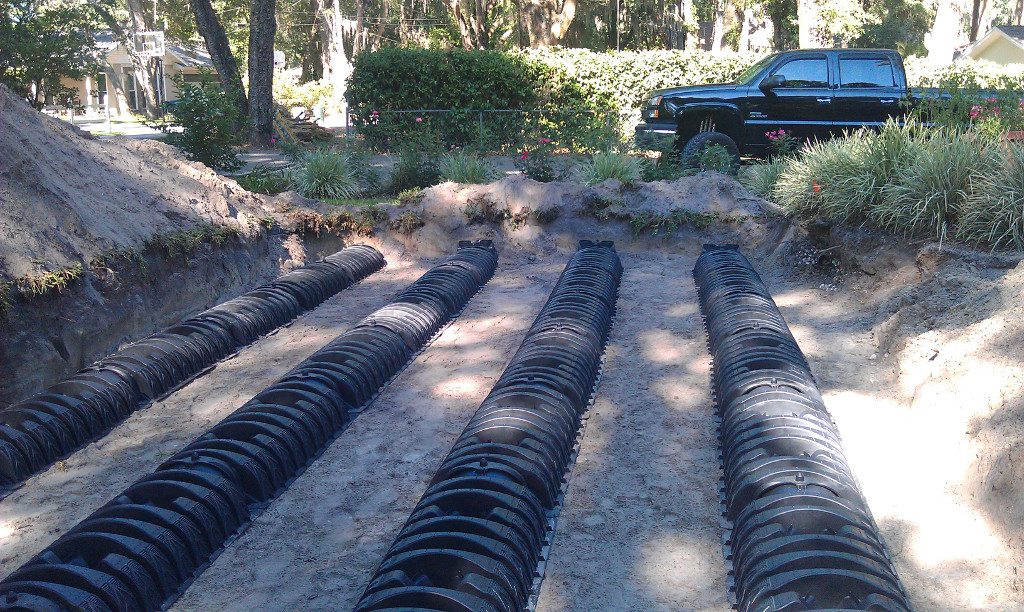 Installation of an Infiltrator System plastic chamber drain field is a breeze, especially when Southern Water Soil President Greg Mayfield and his experienced team are on the job. Because the individual chambers are so lightweight and the addition of crushed rock to the drain field is not an issue, installation can take less than half the time when compared to a conventional drain field. And because no stone is needed which requires the use of heavy equipment like dump trucks, you’ll save money as well as time. 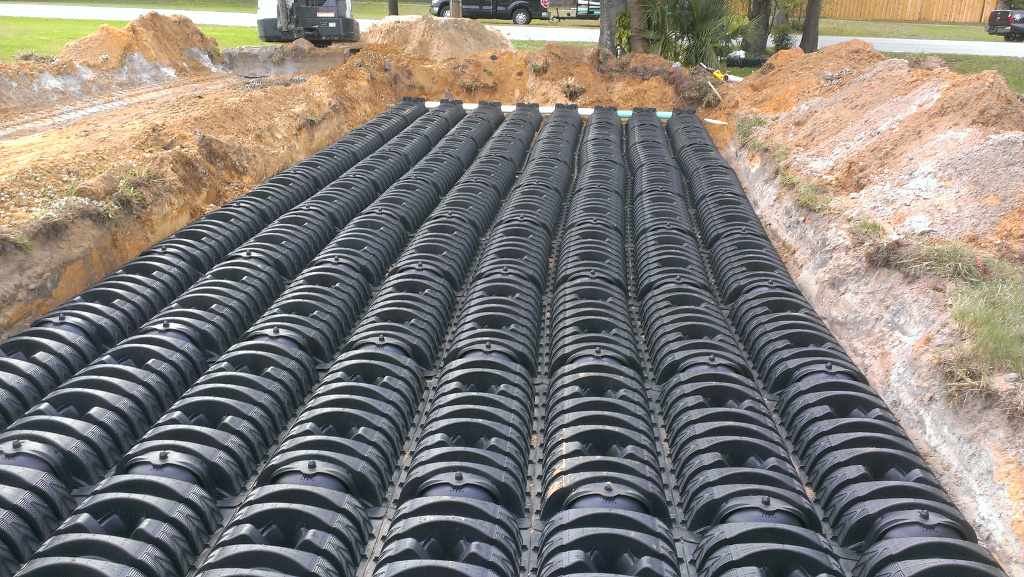 Infiltrator Systems require easy assembly which can be accomplished by two people while the traditional stone and pipe system is extremely labor-intensive due to its lengthy installation of multiple parts.

Infiltrator Systems’ plastic chambers are lightweight and can be delivered in one pickup truck load. These chambers can be hand-carried into position. The traditional system requires hauling of stone, which calls for the use of a dump truck and other heavy equipment. The use of heavy equipment and traffic across your property also means more site repair after installation to re-grade and repair the landscape. 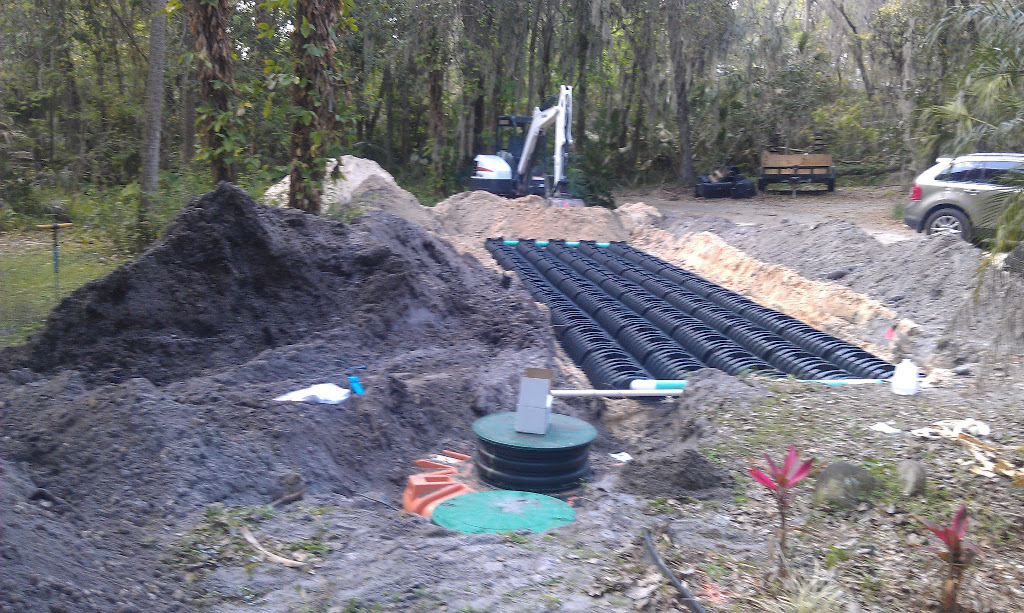 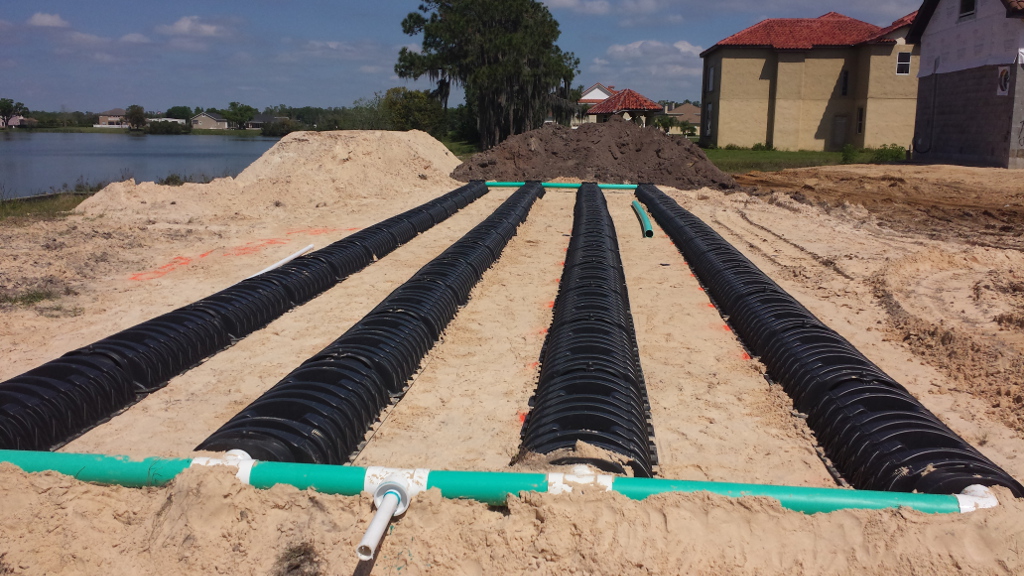 From permitting to ongoing maintenance, you can count on us at Southern Water and Soil for all your septic needs in the Tampa, FL area. Purchasing or replacing a septic system, whether it be for a commercial or residential site in Tampa, Florida, is an investment. At Southern Water and Soil, we can help you with all aspects of the design, permitting, and installation process to ensure the functionality and efficiency of your system for years to come. We do things right the first time, carry all proper licenses, and have extensive experience designing and building septic systems for unique building sites and applications.